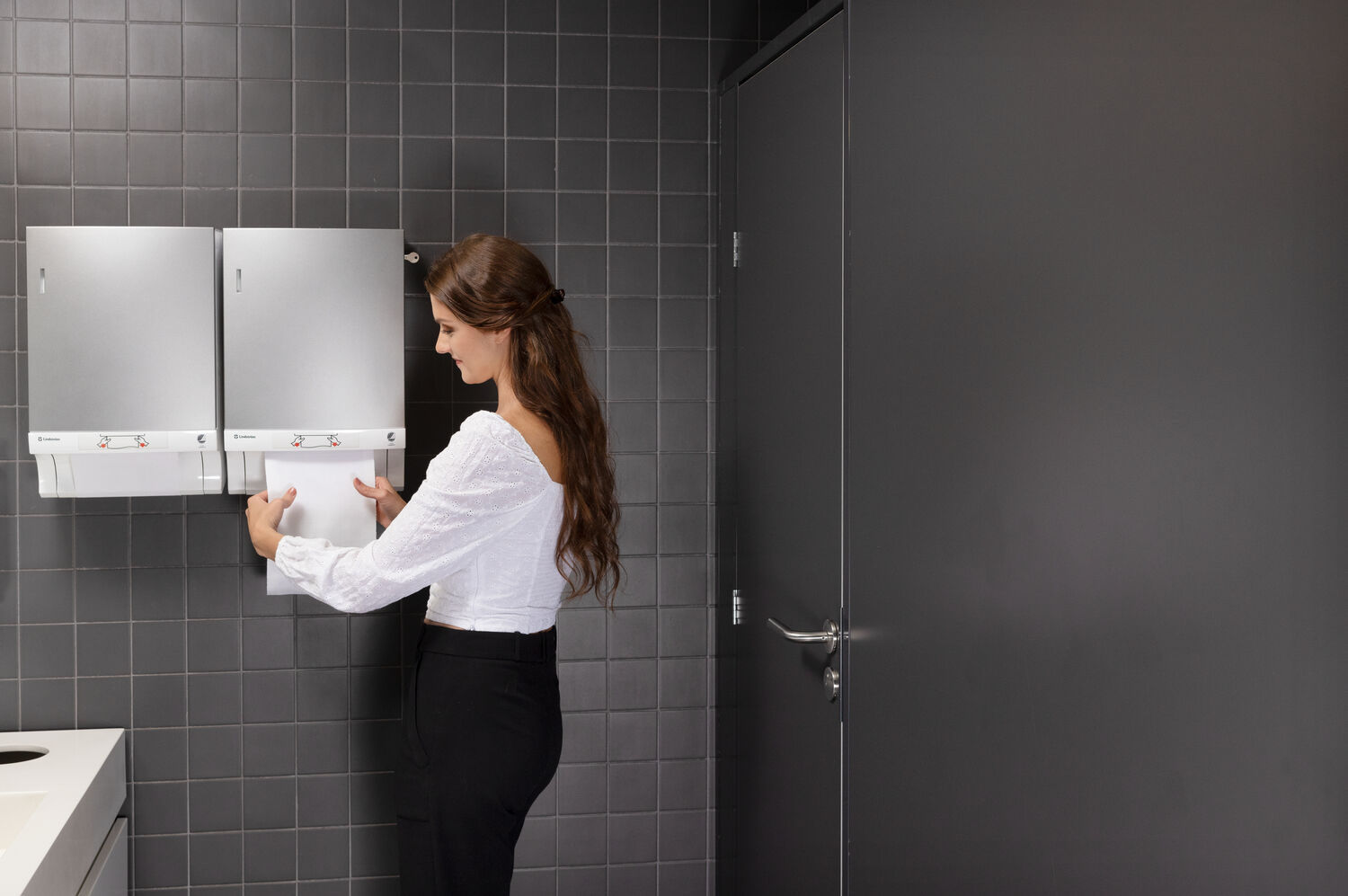 In Finland, Lindström’s new towel roll processing system has been in use for almost three years. Experience has shown that the enhanced process guarantees quality and hygiene with lower environmental impact.

With the enhanced system, the sustainable processing of Lindström’s cotton towel rolls has improved on several levels. Automation has enabled the optimisation of space requirement, water consumption, the number of labour-intensive work phases, and the need for transport and storage. According to studies, the hygiene of the hand towel rolls remains at the same high level as before.

“In July 2017, the Luumäki pilot project in Finland was launched. As we have accumulated knowledge and user experience, any remaining doubts have been dispelled: the enhanced system has been found to be a more cost-effective and sustainable solution than the old laundry processes, as the rolls can be maintained locally and long core deliveries are no longer needed,” says Lindström’s Service Director Ari Sosunov, proudly.

According to Sosunov, this is also visible to the customers.

“On a practical level, a more tightly packed roll works better. In the past, loose towel rolls could flatten into an oval shape when stacked, which in turn caused annoying blockages in the machines. Now, as the rolling is carried out efficiently by stretching, the customer gets a smaller roll with a couple of extra metres of the functionally superior towel.”

“In the past, towel rolls were transported hundreds of kilometres, for example, from Oulu all the way to Eastern Finland. Bringing the service close reduces both costs and the carbon footprint,” Sosunov says.

According to Sosunov, Lindström’s strong ecological value base and focus on local services are attractive to many customers, not only the environmentally conscious ones:

“With the new cotton towel system, we can respond better to the changing needs of our customers: For example, as production volumes grow, we can increase our own capacity faster and at lower costs.”

The used cotton towel roll is fed into a continuous machine, in which the roll is unrolled and washed. After the rinsing and drying process, the roll returns to the machine operator. Then follows the intermediate storage phase and, finally, the roll-up phase.

The one-machine process is controlled at all stages by the same quality-trained person with a full line of sight to the roll being processed. Thanks to advanced automation, the process is also monitored by the system’s own measuring device, which ensures that the roll processing progresses according to the programme, with the same high quality and sustainable standards at all times.

“The diameter of the rolls washed with the new machines is smaller than before. Now we can transport up to 25% rolls more than before, which increases transport efficiency and the manageability of the rolls. In addition, the rolls are as hygienic as in the traditional process, and water consumption is cut by half,” Sosunov points out. 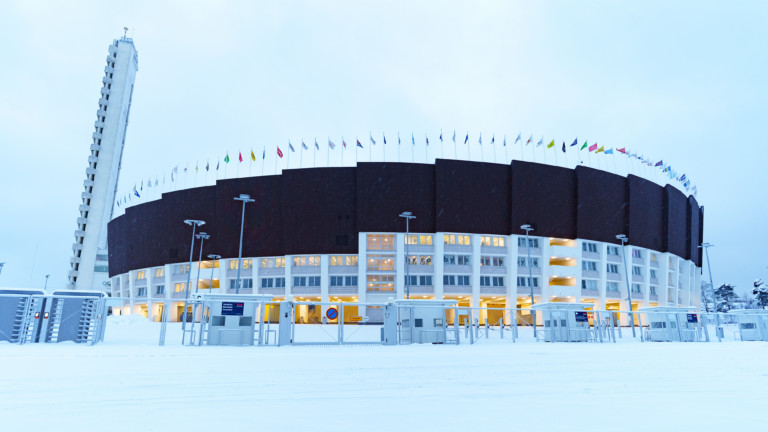 Customer stories
The Olympic Stadium improved the customer experience while minimising the amount of waste
In August 2020, the Olympic Stadium in Helsinki, Finland was reopened after being refurbished. It is Finland’s biggest arena to hold events, and it aims...
#carefortheplanet #desiredpartner #sustainability #washroom 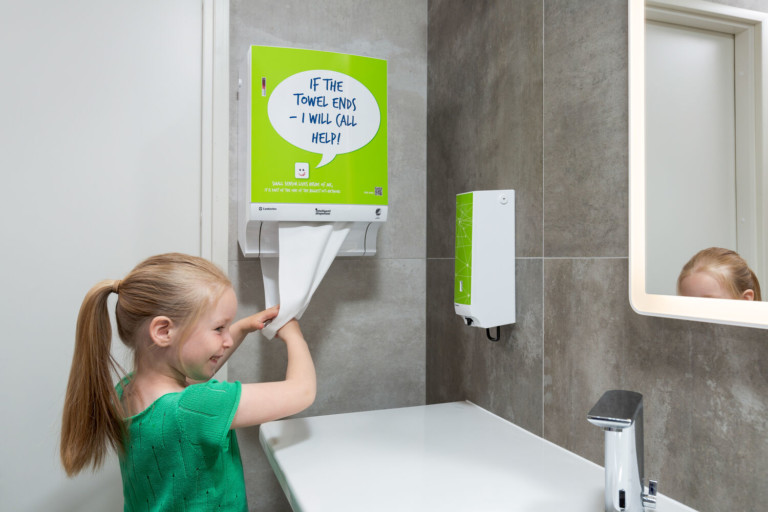 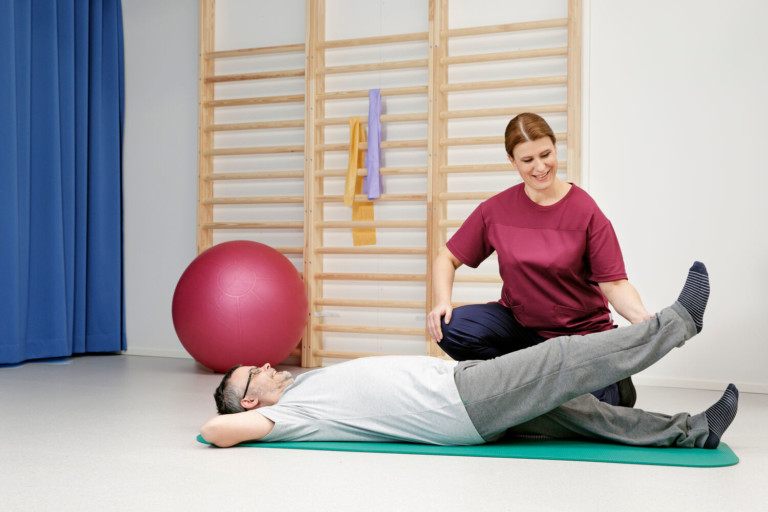 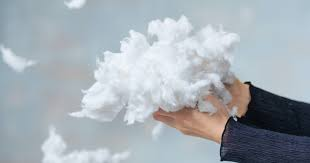 Blog posts
Effective use of hand hygiene to improve infection prevention and control in healthcare settings
Opening up the art of washing hands  Washing your hands is usually a quite short procedure that you just do not put any thought into....
#healthcare #hygiene